Last night we hit what most would say has been the pinnacle of DFR's journey to this point.  We were the very first band to EVER play at Ballpark Village in St. Louis, MO.  We stood elbow to elbow with some of St. Louis' elite (Mayor Slay, Governor Nixon, Charlie Dooley, Al Hrabosky, Murphy Lee, etc as the owners of this entire organization rounded the employees in the center of this beautiful establishment and gave one hell of a pep talk!  The final phrase uttered to the staff was "Let's go out there and kick some ass!" Not only that, but we were sitting in awe as 400+ people were still walking around frantically putting the final touches on perfection. Construction workers carrying out drywall and ladders, employees learning their job titles, red rope getting put up, news anchors broadcasting live, testing the retractable roof, etc. Then at 6pm when the VIP's were allowed in, it all came together like a well-oiled machine. Mike shook the hand of one of the owners who made the decision to use DFR and thanked him, and he stopped his frantic rush to the opposite side of the building to smile and say "Guys, do me a favor, and just kick some serious ass tonight."  Very cool.

The owners of Ballpark Village have been very supportive of Dance Floor Riot from Day 1, and we have done everything in our power to make sure we are bringing our A-Game to them each and every single time we step foot on their establishment.  When we got the call about playing the Grand Opening we were more than thrilled. To know that we would literally be the first band to ever play a live show there, is humbling.  Then, to find out we would be opening for Third Eye Blind simply put it over the top.  This news was given to us when we took our initial tour of BPV back when it was still drywall and tape and we could barely hold onto the news.

Below is a picture of our show there last night. This was during our sound check. 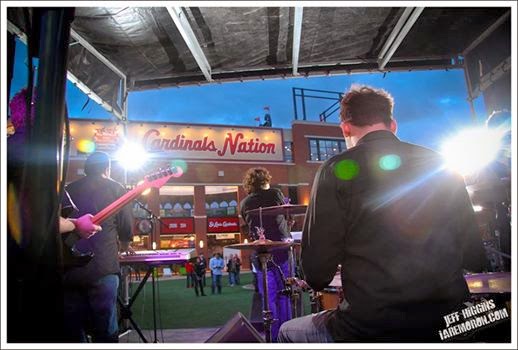 We played 2 hours straight... no break.  This did cause us to not personally greet some of you as usual, but as mentioned earlier... we want to give it our all.  There was an overwhelming response by you, the fans.  These next pictures speak volumes about you all. 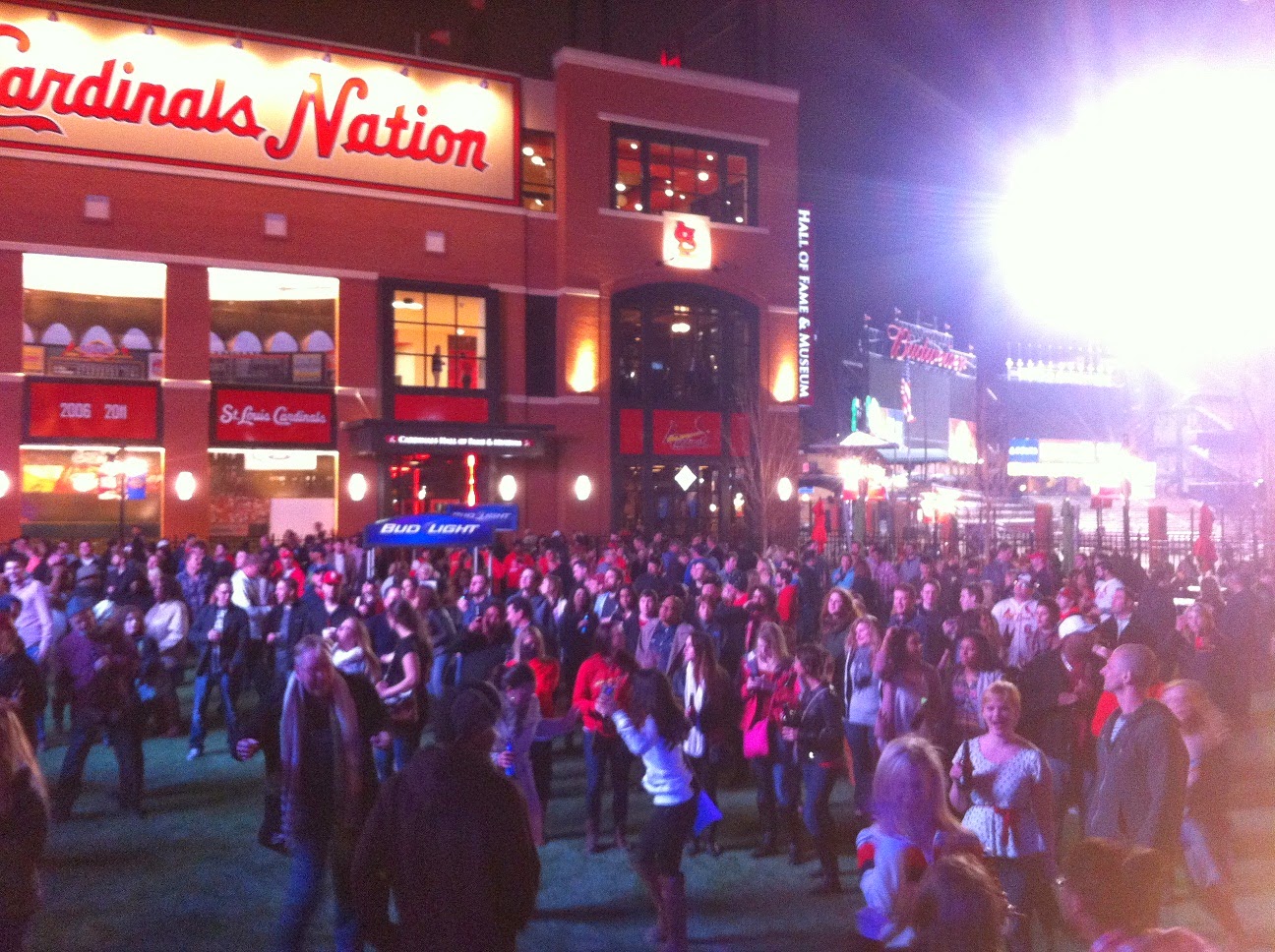 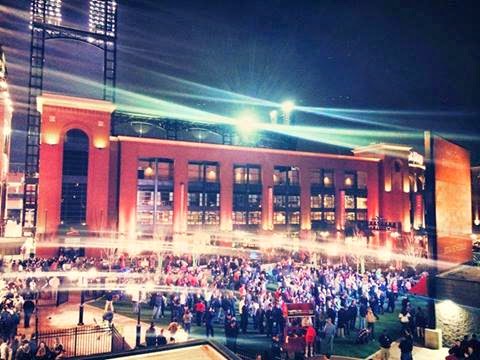 We were a part of history.  And in 10 days from the date of this blog posting, we will be back there again, playing on the very same stage Third Eye Blind played on last night for the Cardinals' Home Opener, which will undoubtedly be a madhouse... and we can not wait.  Then 11 days later we will be releasing our own branded beer for public purchase/consumption.  We are growing every year, and couldn't do it without all of you.  From each and every single member of Dance Floor Riot... "Thank You".
Posted by Dance Floor Riot at 2:11 PM