As you know by now, we like to celebrate our birthday each year with a huge party.  Last year we brought in actor Derek Miller to host the event, played a badass show with "Those Guys" at Blueberry Hill, gave away a bunch of movie/music schwag and released our very first CD.  This year is different.  Very different.

The party will be held on Friday, April 18th at Alpha Brewing Company in downtown St. Louis. "Why a brewery?" you ask... well because we will be revealing a limited edition Rye IPA specifically made for/after us appropriately called "Ryot".  That's right... a Dance Floor Riot beer!    The beer will be on tap for one night only at the brewery, and a limited supply of bottled product will be available that night as well.  The beer is brewed and bottled by the brew masters of Alpha, AND the fellas of Dance Floor Riot! 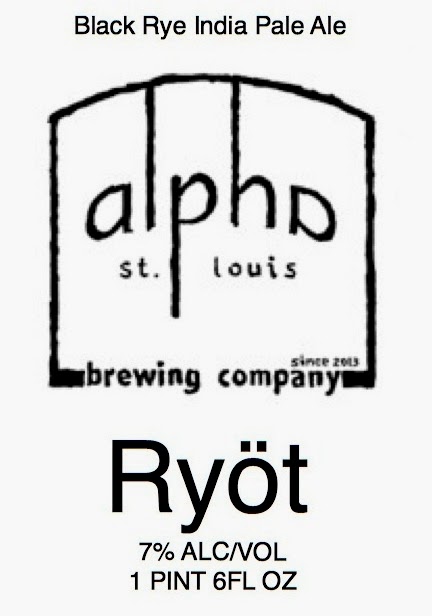 It gets even cooler... beginning Saturday, April 19th you will be able to get your own "Ryot" bottles in select stores such as Randall's Wines & Spirits, Friar Tuck's, The Wine & Cheese Place, Local Harvest, Lukas Liquors, Bombay Liquors, 21st Amendment Beer Bar and Craft Beer Cellar!  This will be a limited run to coincide with the season so be sure to buy yours before they're sold out!

Getting even more cool... the first 100 people through the door that night to purchase a "Ryot" IPA on draught will get a limited edition "DFR/Alpha Brewing Co" pint glass to drink it from and take home!  The first beer will be $7, and refills will be at regular brewery prices. ($5 - $7 on average).

Still getting cooler... our friends at Steve's Hot Dogs on The Hill will be on-hand that night slinging hot dogs to crave your appetite.  They will have 2-3 dog varieties, including the "Riot Starter" which was also created by the members of DFR!

Yes, it still gets even cooler... there will NOT be a performance by Dance Floor Riot at this party.  Nope, been done.  At this party we will have the debut performance by Dance Floor Quiet! Obviously you're wondering what the heck that is... well it's the acoustic version of Dance Floor Riot.  We'll be stripped down (not like that you perv) and playing a short set to get you all acquainted.  We're keeping the performing to a minimum, as this night will be more about all of US partying with all of YOU.  All 6 members of DFR, plus our 2 subs Josh & Mitch will be in attendence!

One more cool thing won't hurt... right?!  Monster Energy has jumped on board to help us sponsor this event, and we have 100 FREE Monster Goodie Bags to give away!!

Tow more cool things that is... we will have AT LEAST one guest artist singing besides us!!  Their identity will remain a secret though... show up to find out who!

Alpha Brewing Company is located at 1409 Washington Ave in the rear behind Hiro Asian Kitchen.  The party begins at 7pm and goes until midnight.  REMEMBER, the first 100 people can take home the limited edition DFR/Alpha Brewing Co pint glass.
Posted by Dance Floor Riot at 6:45 AM