It is finally happening...

Anyone who has ever been in a band will understand and sympathize with the following...
All bands have a list of "dream shows" and "dream venues" they would love to play.  This list usually starts with more attainable goals, with a few long-term ones dabbled in as well.  For instance, one of our early-on goals when we first started was to play at St. Louis hotspot "Helen Fitzgerald's" since every huge band that worked the circuit played there.  We achieved that goal in under a year.  We have accomplished many of our more attainable goals, a couple of the long-term ones, and even a few bigger ones we weren't even realizing would be a possibility.

Well, to make a long story short, since our band has started we have always had a "dream show" that we have wanted to play; Halloween night at the world famous Lemp Mansion. It is literally THE biggest Halloween party in the city, and one of the biggest in the country, given the history of Lemp Mansion.

Cutting straight to the chase here... we did it.  We finally booked it.  We will be one of three bands playing their Halloween Bash on October 31st, 2015.

We cannot express how excited and grateful we are for this opportunity!  We are all big fans of Halloween in general, especially anything relating to the Lemp Mansion, as we're all from the St. Louis area. We even rehearse in the old Lemp Brewery!

Details are HERE.  We look forward to seeing you all there!! 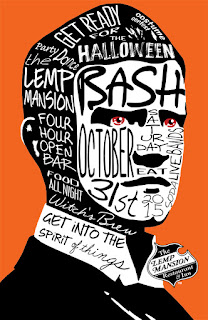